Mr. Luigi De Vito, Scm Group Machinery Division Director and Acimall board member, has been elected Vice President of the Eumabois Board

Eumabois is a non profit Federation with registered office in Brussels.
The operating headquarter is in Milano, Italy.

The Eumabois General Assembly, hosted on the 8th and 9th of September in Luzern by the Swiss Association, elected the new Board as follows:

“The new board can build on a solid worldwide network and reputation. We will continue to strive for a strong and successful European Industry with an international orientation” -  Mr. Jürgen Köppel, Eumabois President

Additionally to the exhibition focus - Eumabois successfully worked on a calendar of worldwide reference shows for the woodworking industry - the association intends to strengthen technical lobbying and to speak with one strong voice in the face of the EU authorities. 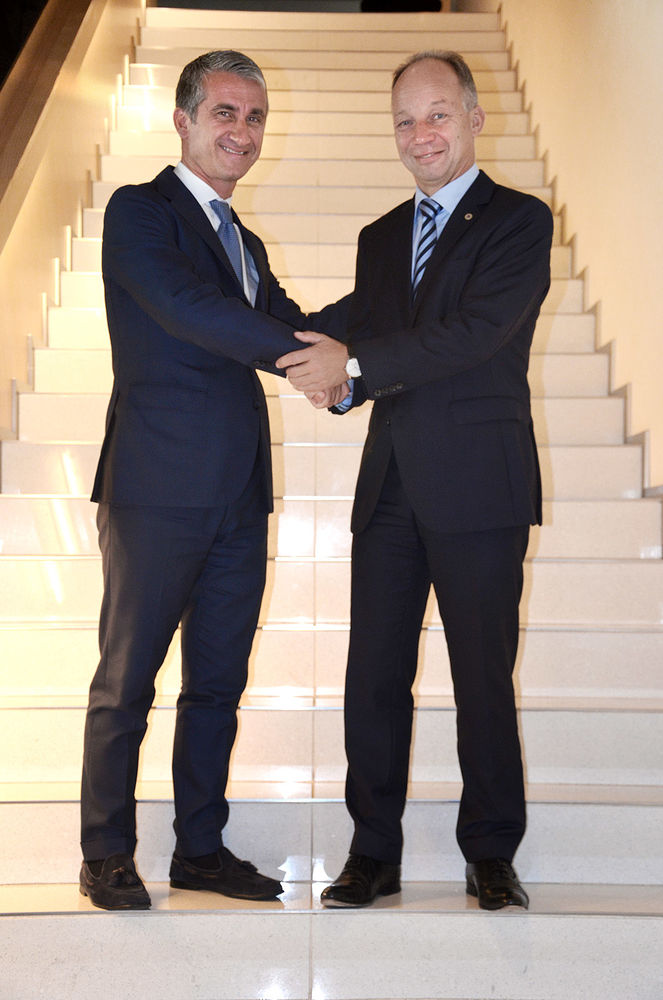