“Indeed we switched from using polyurethane spraying booths (spraying material that is still in partial use today) to a very large booth with an automated spraying robot which can accommodate workpieces of up to 3,100 x 1,600 mm and up to 100 mm thick), and to using UV finishes, solving this way the problems of the uniformity of finishing quality as well as of applied paint quantity, now considerably lower than in the past (by half), besides the obvious problem of drying times (UV drying times are much shorter): The result is that cycle times are now considerably shorter and productivity is higher.” “The plant and systems are innovative,” Mr Beacco goes on. “The only thing still in use from the traditional concept is the vertical oven, for paint settling prior to the final drying with mercury-vapour UV lamps (the type suitable for curing glossy transparent finishes). 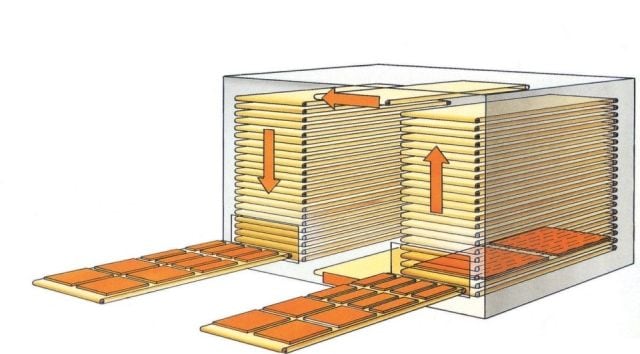 Vertical dryer with carpet trays used where it is necessary to guarantee a hot air drying with a long drying time in the dryer (from 15 minutes to a few hours), typically in automatic painting lines with spraying application systems and / or to curtain... 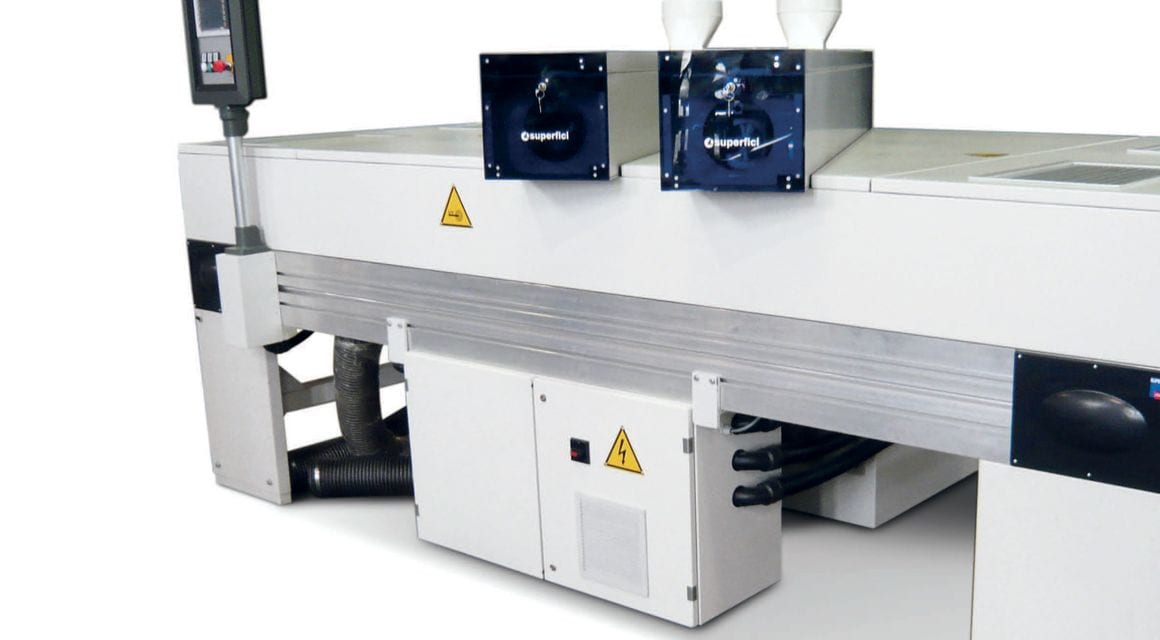