A long history, a bright future

The company, set up in 1961, is currently the leader of the Russian furniture market. Since the nineties it had developed a strong partnership with SCM, that was further strengthened in 2013 with the installation of the important Splitter edgebanding line for panels. The strong relationship with the city of Rimini led to a successful co-marketing project in 2017.

The Shatura brand has been a constant in the history of the Soviet Union and then of Russia. A long history that began in 1961, when the first batch of wardrobes was produced in a department of the company which gone through all the recent, dramatic and exciting phases of this great country.

Shatura has known Soviet-type planned economy and the emerging capitalism of the nineties. Now the company, structured as a joint stock company, is the leader of the Russian furniture market and one of the largest company in the country.

Since 2004 Shatura also produces unfinished and laminated chipboard in its own plant. The production covers all the company’s needs and it also sells this product, produced with an exclusive technology, to other customers. In 2003 Shatura, which takes its name from the city in the Moscow region that is home to the group’s numerous plants, grew in size by taking over EMK in Balakovo, in the Saratov region. The main distribution channel consists of an impressive network of 500 franchising shops across the Russian Federation and nearby countries, that emerged after the collapse of the Soviet Union.

Shatura is therefore a sizable company that naturally makes use of the best technology available. This is what led to the beginning of its very strong relationship with SCM in the nineties. The company has many of the group’s machines. This partnership was further strengthened in 2013 with the installation of the Splitter edgebanding line to produce narrow squared and edgebanded panels.

This decision was taken after a thorough preparative stage. SCM machines were selected only after the Russian technicians had examined and tested the products of the leading manufacturers of woodworking machines. This partnership is destined to last into the future seeing as, in all the phases that followed this decision, the relationship between SCM and Shatura’s technicians has been optimal, with great results for both sides.

The Splitter line is a top of the range solution, designed for the highest production standards, with extraordinary performance levels that allow for the production of up to 60 completely edgebanded and drilled panels per minute. The guaranteed average is of 40 panels per minute in outfeed. All within a very small line (about 60 metres long) that did not require the construction of a new plant.

Thanks to this line Shatura has doubled its productivity, because from each partially machined piece, two pieces are made. Each panel is divided longitudinally or crossways, with an extremely wide range of measurements and the line automatically inverts the pieces and edge bands the sides that have been cut, so that the panels are ready for assembly or packing.

Moreover with this line Shatura has reduced by 2/3 the volume of materials transported. The line can operate with one single operator, even if generally two operators are needed to supervise a machine with such extremely high production rhythms.

This technical achievement saw the close collaboration between the Italian technicians and their Russian counterparts since the beginning, when the building that was to house the line was fitted with a new ventilation and extraction system and a new compressed air preparation station. The Splitter line is fitted with a cabin that reduces noise and dust.

The loading system operates without interruptions so that new stacks can be loaded contemporaneously.

Stacks of panels, with a maximum height of 1600 mm and up to 6 panels in multiple longitudinal and double crossways compositions can be loaded at the line infeed.

At unloading stacks with various longitudinal and crossways configurations can be created on service panels fed automatically.

The batch change is performed with just the machines empty and not the entire line.

Both the Celaschi Splitter and the Stefani squaring edgebanding machine are extremely high performance products. The Stefani is fitted with a special corner rounding unit for PVC edges, that can operate at high speeds, as well as two spindles to perform different grooves at various distances from the edges of the pieces, both horizontally and vertically.

Once the panels have reached the unloading bridge they are collected and unloaded in set compositions, ready to be taken to the subsequent departments for assembly and packing.

The list of functions of the Splitter edgebanding line is almost infinite, which makes this solution a typical example of high productivity married with high standards of quality.

The link between Shatura and Rimini, SCM’s headquarters, is very strong and over the years strong relationships have developed with the city, which is a favourite holiday destinations for Russians.

The strong links were consolidated in 2017 with a sizable co-marketing operation between the Russian company and the Municipality of Rimini. Shatura has created a line of products called Rimini, and 700,000 catalogues of these products have been sent to Russian families. All Shatura’s points of purchase have video postcards of Rimini as well as tourist presentation posters.

Leader of the Russian furniture market 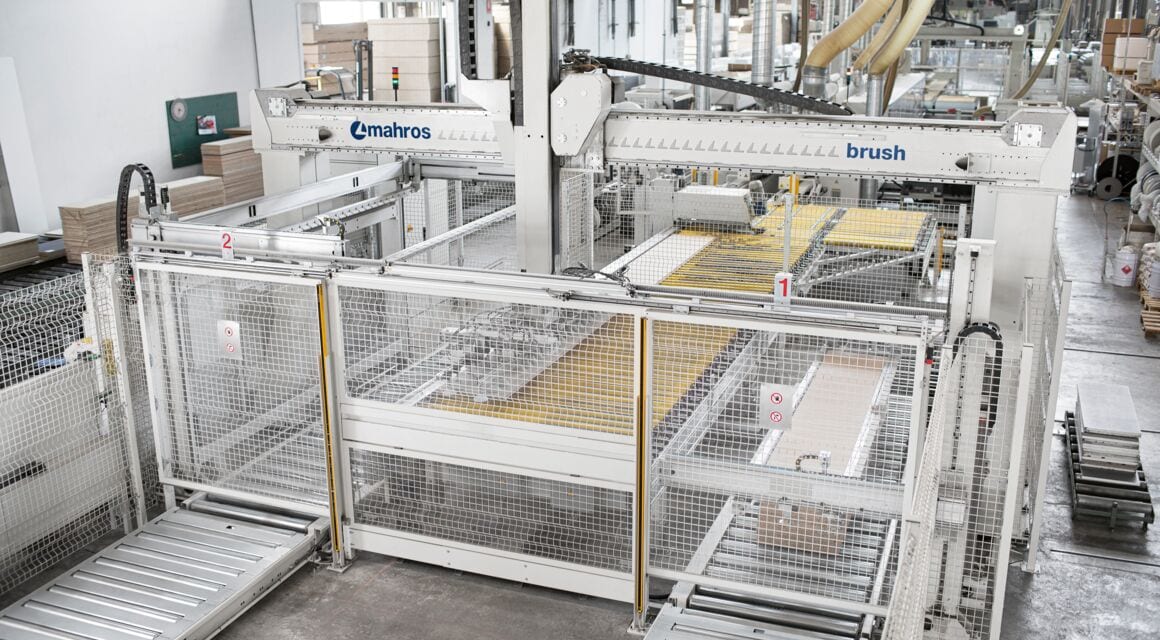