Duluth, GA – The Woodworking Machinery Industry Association named Scm Group North America its 2012 Partner of the Year. The award was presented at the 2013 Woodworking Industry Conference held last month in Phoenix, AZ. Since 1994, the award has been conferred by WMIA’s distributor members on the manufacturer or importer that best exemplifies the spirit of partnership in its dealings with woodworking machinery distributors.

“In today’s business environment, partnership between manufacturers, importers and distributors is more important than ever, by working together, we are able to offer a superior buying and ownership experience to our customers” said WMIA President John Henderson. “The Partner of the Year Award recognizes this fact” he continued, since its inception more than 60 years ago, Scm Group has considered the independent distributor at the core of its marketing success. The company currently works with more than 350 distributors worldwide.

Scm Group North America’s president John Gangone, when accepting the award, said “I would like to thank WMIA for this recognition and especially our distribution network that has, through their loyalty and support, helped make Scm Group a leading machinery supplying company in North America”. 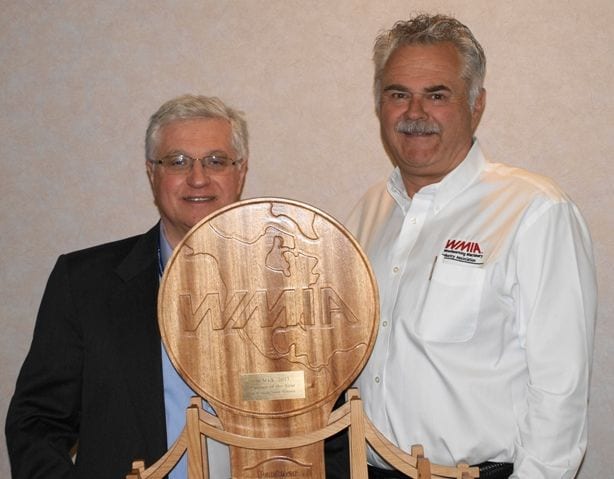