The Italians have a saying, "learn the art and put it aside", and we have often tried to grasp its meaning, to understand if there is any truth in this old adage or not. We could start an endless discussion about which is more "profitable" from an economical point of view: to specialise in a specific field or learn the greatest number of trades. The truth is that there is no universal answer, and that the topic is completely subjective. Today, we will tell the story of two carpenters, father and son, who have turned this saying into a way of life.

We met Andrea Greco and his father Fernando in their carpentry workshop, specialised in nautical work...but not just this! Very active in the shipyards of Cattolica and surrounding ports, and valued for its ability to satisfy the most exacting "fitting-out requests", the Greco carpentry business started with Andrea's father, the first in the family to take on this trade.

An adventure that began in Galatina in 1975, when Fernando, then 13 years old, set out as an apprentice at a workshop in the Apulian town to learn the rudiments of carpentry, those without which you cannot take all the subsequent steps: sweep and clean the cobwebs from the workshop! "After a few years of experience, I progressed to straightening nails", tells Fernando, "this was normal practice because nails longer than 4 cm had a certain cost, while the apprentice didn't cost anything". He was not paid by the employer, on the contrary, it was his parents who paid the employer to teach a trade to their son, obviously with payment in kind: cheese, eggs, meat, oil...

Little by little Fernando made progress and started to clean the wood, remove nails, cut with the circular saw... As he himself says, when a boy began his apprenticeship, there was no set time for his first cut. The old masters were protective of their trade and never taught anything explicitly. It was up to the boy to be smart and learn with his eyes and then, when the master wasn't there, take advantage and make a dovetail, paint a workpiece or sharpen a chisel.

"Perhaps as time passed and the employer's trust increased, he would send you alone on the bicycle to change a pane or something like that... I will never forget the time I had to take the Graziella and go 3 km to the customer to change a pane of glass, with the pane on one pedal and one foot on the other..." Fernando tells us with a melancholic look, while we start to realise what a hard life the apprentice had.

Even when the others rested at the weekend, the boys had to return to clean the workshop, and yet the chance of learning such an ancient and precious art was enough of a push to convince them to continue their educational path. Fernando's path through the local carpentry workshops lasted ten years, as he himself summarises: "If you were good and knew what you were doing, sooner or later a local carpenter would contact you. As the place in which you started to work offered zero Lira, perhaps the new carpentry workshop would offer 1 Lira, and little by little you advanced".

These small steps forward took Fernando towards his first direct contact with customers; handling their work from start to finish, more than one person suggested that it was time to set up by himself, so he decided to look for a place where he could install a combination machine.

He continued to work as an employee at the current workshop during the week, while he worked for himself at the weekend. The word spread a little at a time and he got more and more work, until the workload was enough to push him to continue with just his own business. The push that we spoke of earlier, that impels the boys to continue their apprenticeship, was so strong for Fernando that, despite his active business, he then decided to move up north to further advance his career as a carpenter.

"We moved up north for the greater opportunities and better economic conditions that those parts can offer. We started working for a structured company, in which we were able to make ourselves known and be appreciated; it was a positive experience that lasted 15 years.

The company mainly worked in the nautical sector, and we had the chance to learn a great deal about it: from making the model to structurally building the whole hull, over the years we have learnt all of the stages involved in creating a boat.

"With the crisis, most of the shipyard closed its doors, and father and son found themselves out of work, albeit with a little money in their pockets from redundancy and other payments. But there were still many customers in need of maintenance work, and even shipowners did not know how to repair their boats, so in the end, we were asked: "Since you know the sector and the work, why not come to do maintenance and various other jobs?". Helped by a little healthy entrepreneurial spirit and word of mouth from satisfied customers, their new business started.

"The greatest satisfaction came when we modified million-Euro boats of our own initiative, it was as if a part of us travelled seas that we couldn't even imagine, on boats that we could never afford to sail", Fernando tells us.

Sometimes people imagine that there are highly-qualified engineers behind certain smart solutions, while often there are only simple craftsmen. Thanks to a life spent working in different fields, they are able to find fundamental practical solutions, not only in the small spaces of ships where resources must be measured, but to some extent everywhere". Therefore, a negative event such as the closure of the company in which they worked, led to a positive experience, which allowed Fernando and Andrea to put their wide range of acquired skills into practice and re-utilise them to work across the board in the world of carpentry.

"Exactly", says Andrea, "even though it isn't always easy because there is a greater workload and diversity, you are directly responsible for a good outcome, and satisfaction is not in short supply.

The experience that I have gained working in the various sectors has made it possible to convert some solutions from one area to another. At the moment, I have a number of ideas and projects on hold, but one that is taking shape more than the others is related to tables. Special tables, designer, made of solid wood, but with a modern spirit. I have just filed for a patent on a special extension mechanism that has allowed me to combine modern design, solid wood and the need for practicality in everyday living. The Facebook page of my business, AG_design, has allowed me to show off the mechanism, and I have received a lot of requests for the solution that I invented."

We say goodbye to Andrea and Fernando, and thank them for telling us their story and sharing the difficulties and satisfactions of the beautiful trade of carpentry. We leave you with a phrase of Andrea's, which sums up the spirit of this article: "The craftsman of today must be eclectic, know how to do different things, and be ready to meet a range of needs". 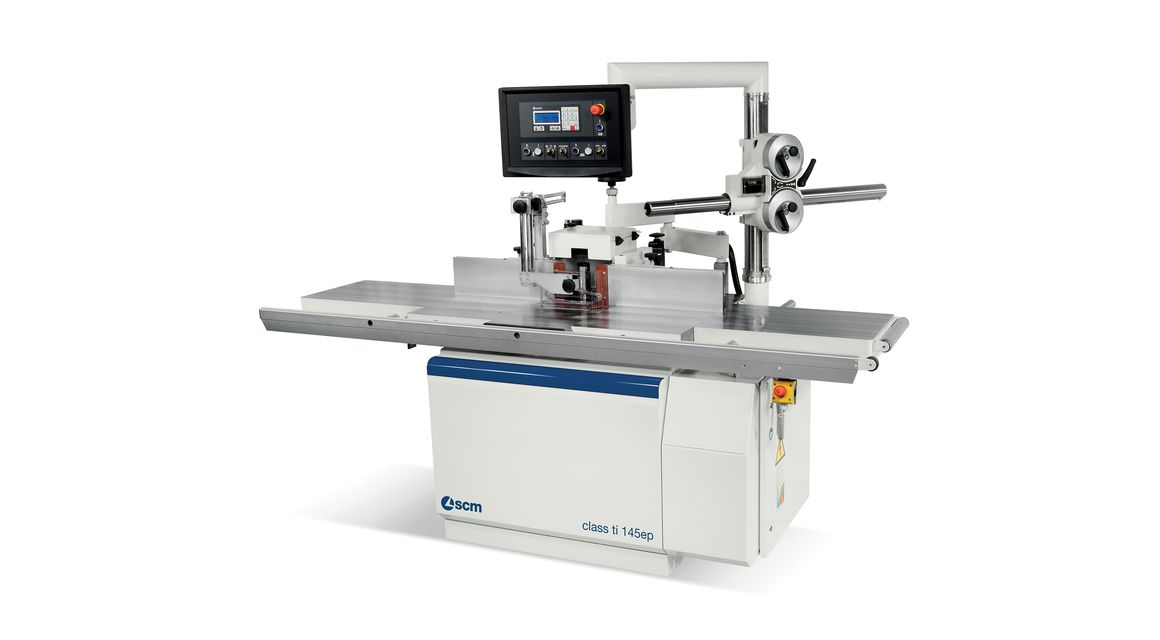 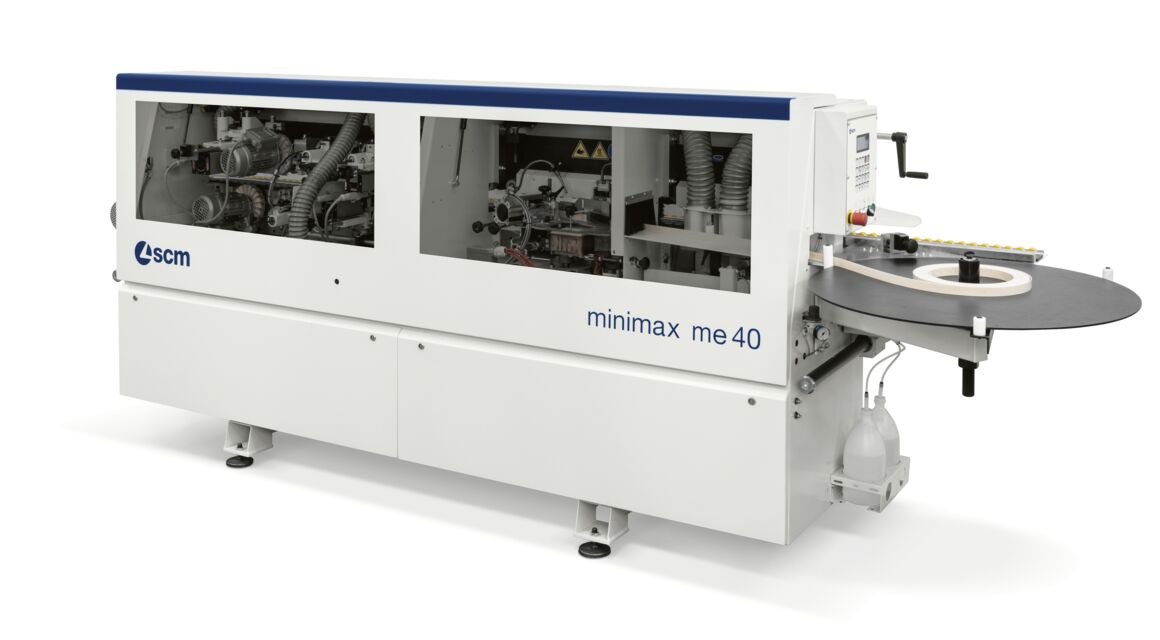