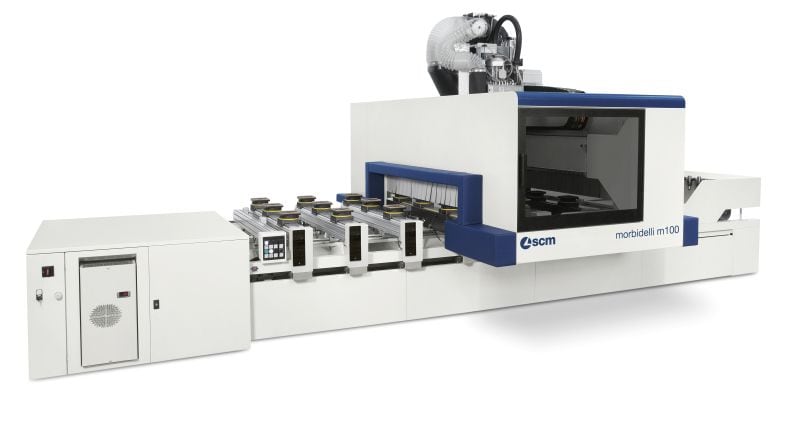 This highly modular machining centre provides answers to all the problems associated with woodworking. Just a few clicks to design and manufacture pieces of any shape, the machine is run by the Suite Maestro which has specific modules for every...