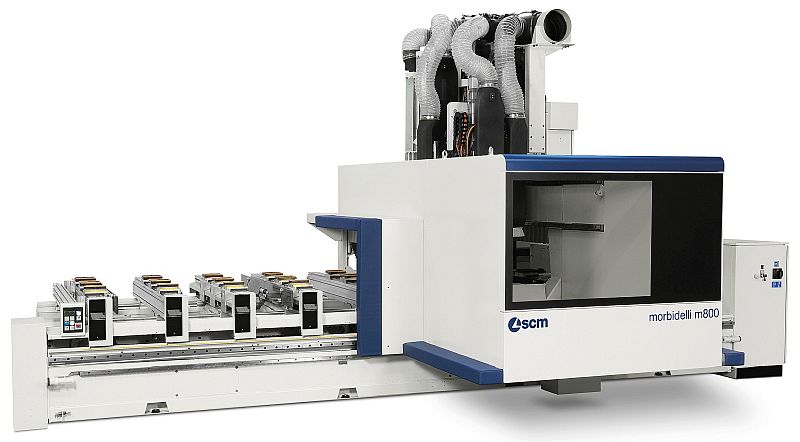 Modular machining centres designed and developed to satisfy the requirements of furniture manufacturers. Performance without comparison with the mobile gantry structure and easy programming of all production process by means of Maestro CNC software.