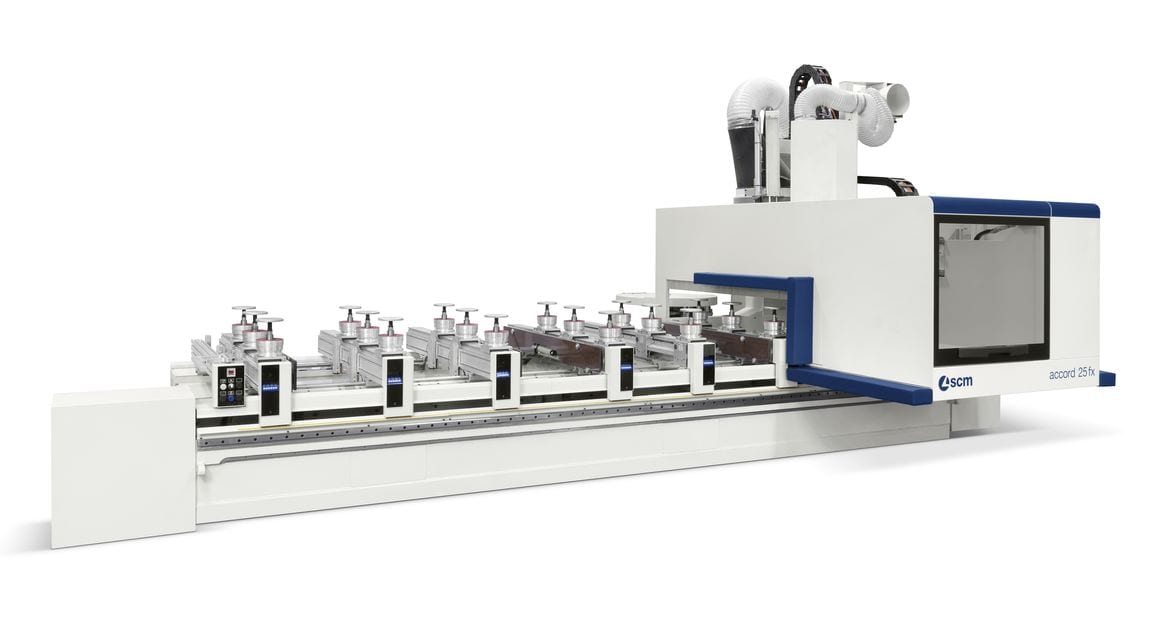 CNC machining centre providing utmost performance with minimum investment. Designed to meet the needs of small and medium-sized companies, it combines state of the art technology with extreme ease of use for flexible productions of doors, windows, stairs,...