He who hesitates is lost

Tona Bathroom Furniture waits for no one when it comes to a purchase that will thrust it ahead of its peers.
Like most astute businessmen, Frank Shen is not one to pass up a golden opportunity when he sees it. It took him a mere 30 minutes - from initial contact to final purchase - to say ‘yes’ to the Stefani Solution, a new edgebander offered by the SCM Group that can create ‘J’, ‘L’, and 45-degree-angle profiles. There was no hesitation. The chairman of Tona Bathroom Furniture saw samples brought to his Taizhou City office and immediately liked the machine responsible for them. He hadn’t even seen the real thing. “Whatever it could do, I knew this was what I was looking for,” said Mr Shen, “the discussion after that was more about after-sales support.”

The need for speed

Shopping for ideas at the Milan furniture fair last year, Mr Shen discovered that handle-less door panels were currently trending in furniture and interior design. Since then he had been on the move, looking for a realistic solution to reproduce this look for his range of bathroom cabinets, which are mostly exported to Europe. The Stefani Solution achieves exactly this. ‘J’, ‘L’, or 45-degree-angle profiles can be done in one fell swoop, eliminating laborious procedures of cutting, routing and manual spraying. In doing so, the process not only saves time and labour, it also reduces harmful emissions from paint spray. Common edgebanders on the market can only process flat edges.

It arrived in late March and was installed by two engineers from Italy who took time to train and certify another 4 engineers from China. Tona will have 24-hour remote assistance support guaranteed by the Chinese team at the Shenzhen service centre during the day and backed by the Italian team during the night shift.

“There is so much potential in this investment. I’m one step ahead of everyone in the industry, that’s an advantage isn’t it?” - Frank Shen, Chairman of Tona Bathroom Furniture 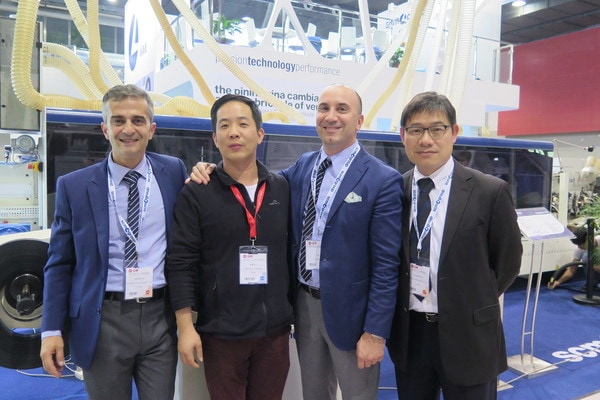 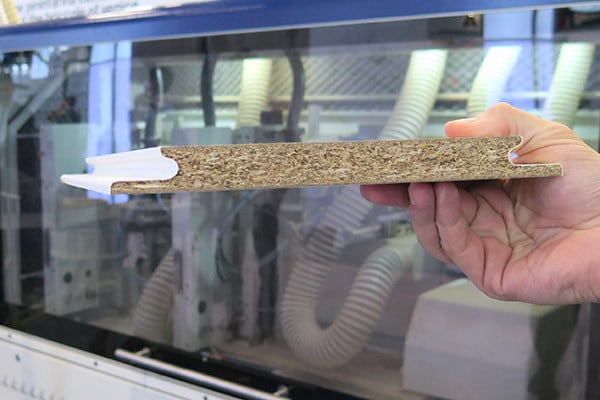 A different type of ambition

At 44, Mr Shen is a rare breed of bosses in China—where price is often the deal breaker when it comes to finalising a sale. But to him, money isn’t everything.

“There is so much potential in this investment,” he said. “I’m one step ahead of everyone in the industry, that’s an advantage isn’t it?”
Tona, founded in 2002, is one of the market leaders in China’s industrial cluster for bathroom furniture manufacturing. The region comprises Taizhou, Xiaoshang and Pinhu in Zhejiang province. By 2007 the company had fixed its vision on design-based, high-end bathroom furniture for the North American and European markets. In December last year, a new e-commerce channel was launched to tap into the domestic market. Its target audience is young families as well as the millennial generation of young, trendy consumers in pursuit of taste and style.
In 2015, Tona’s total sales reached RMB 173 million yuan (US$26.8 million). This year’s target is set to increase 30%.

“I dream to be listed on the stock exchange one day,” said Mr Shen. 420 workers (including 12 designers) on Tona’s payroll are constantly working towards this goal. A lot also depends on equipment that can transform good design into reality whilst achieving better yield and efficiency. To this end, the Stefani Solution is one of the investments that will take this ambition forward. Since the demand for handle-less doors panels is expected to accelerate, Mr Shen has already planned to buy another machine down the road.

He said, “Handle-less doors are going to trickle down to Asia, it won’t go out of fashion so soon. Anyway, if the design changes, the Stefani Solution can revert back to ordinary functions.”  “It is certainly a revolutionary machine.”

Obrigado Your message has been sent.
Error! Something wrong has happened 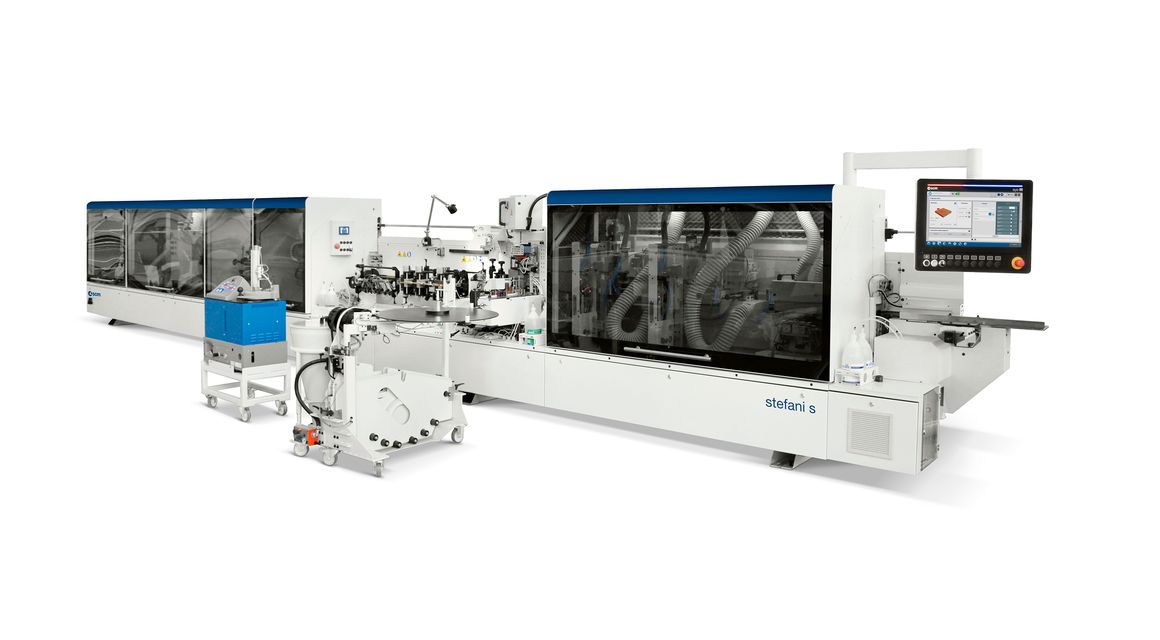