Scm Group celebrates its 70th Anniversary with its employees and their respective families among the attractions of Oltremare Theme Park in Riccione.

The "Scm Group in Famiglia" event was held on Saturday 11 June and recorded an extraordinary participation with more than 4000 guests including employees and their respective families from all the Italian and foreign sites.

A success in terms of attendance and participation that testifies to the great desire to get all together and the strong sense of belonging to the company that in 1952 saw the birth of its first woodworking machine, L'Invincibile, beginning what was to be a long history of success and achievements, the result of courage, ingenuity and passion.

Achievements that continue to this day with a turnover of 750 million, over 4000 employees worldwide, numbers and partnerships as a global leader, not only in the field of wood technology, but also in the processing of advanced materials, metal, glass, plastic and stone.

There was great emotion in the audience for the speeches of the second generation shareholders, Adriano and Alfredo Aureli, protagonists with Giuseppe Gemmani of the Group's rise to world level. Together with Scm Group President Giovanni Gemmani, who spoke on behalf of all the shareholders, they recalled the values and ethical principles handed down from the founders to the present day, including the centrality of people, the company's true strength, and the importance of “always putting your heart into it”.

These values were also recounted in an animated video made for the 70th anniversary and in a comic strip distributed to employees and their families.

In addition to the various Oltremare attractions and the dolphin show reserved in the evening for Scm Group families and the more than 800 children and young people present, the Festival continued with other moments of entertainment, such as the show by the comedian Paolo Cevoli, guest star of the event. 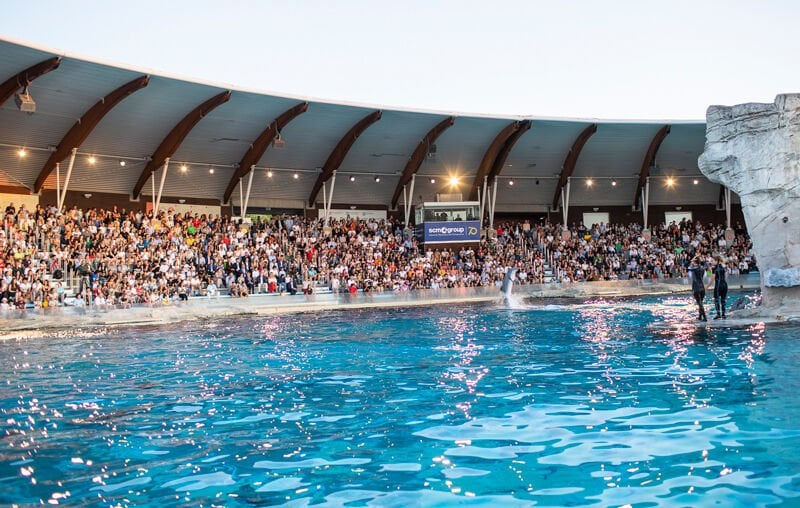 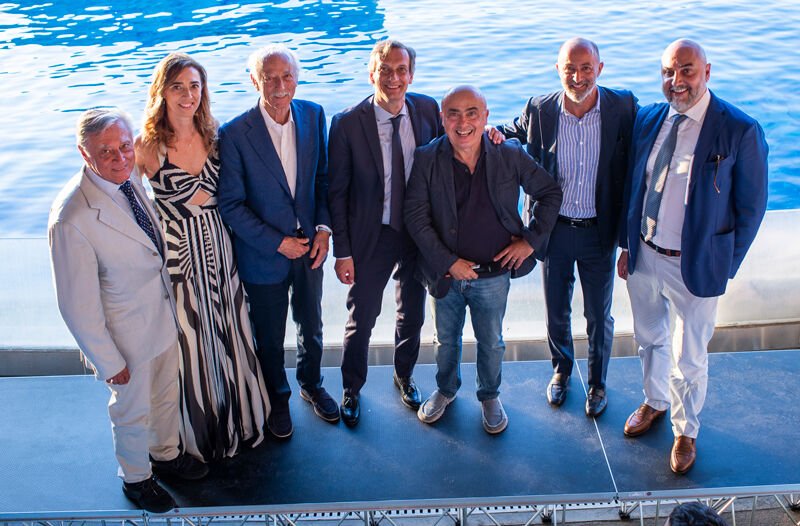 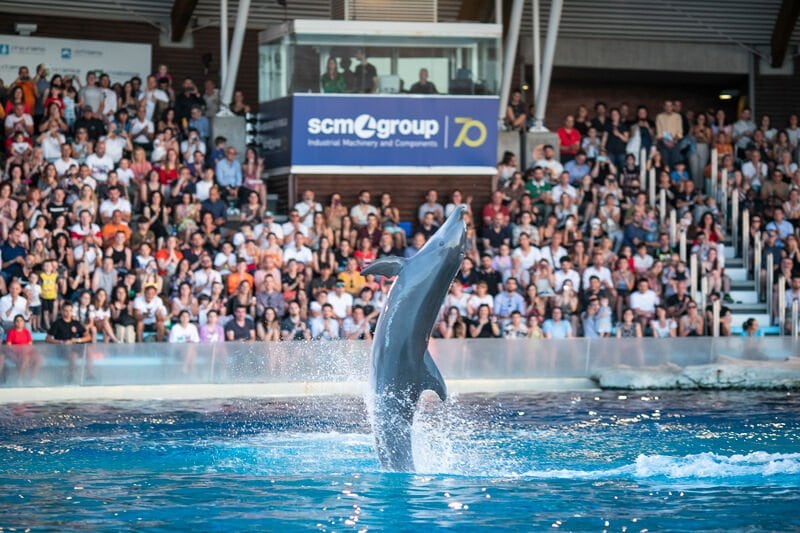 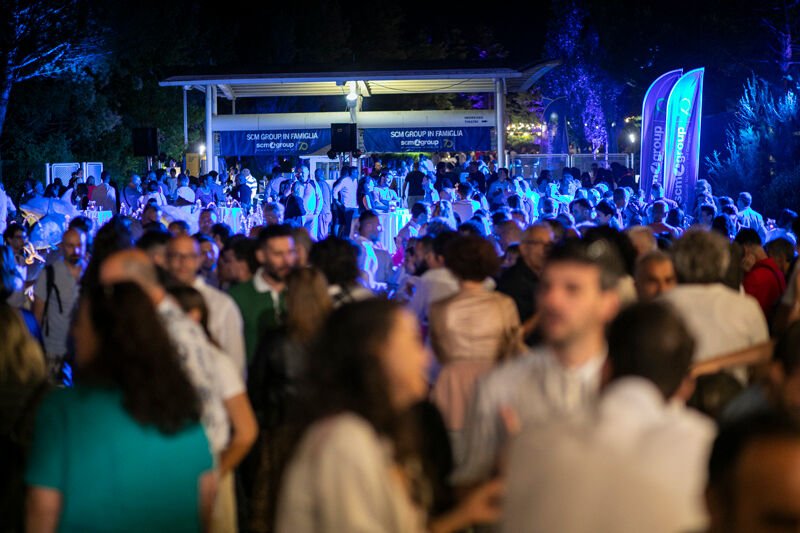 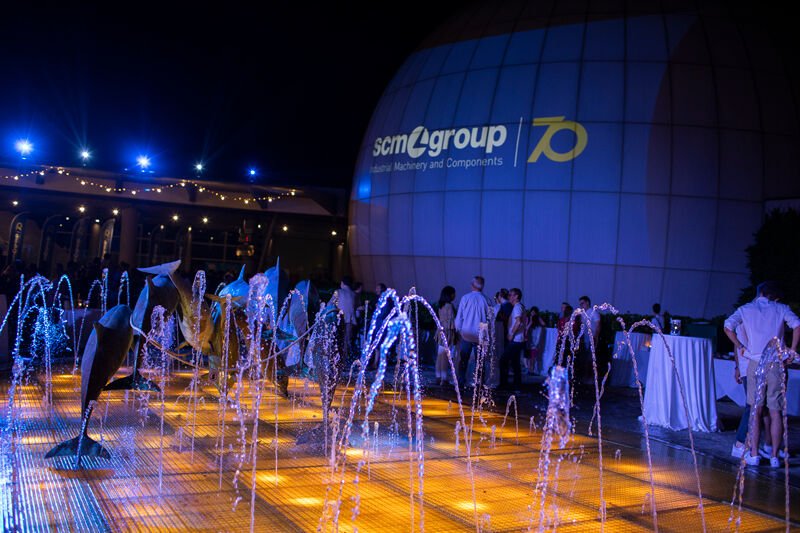 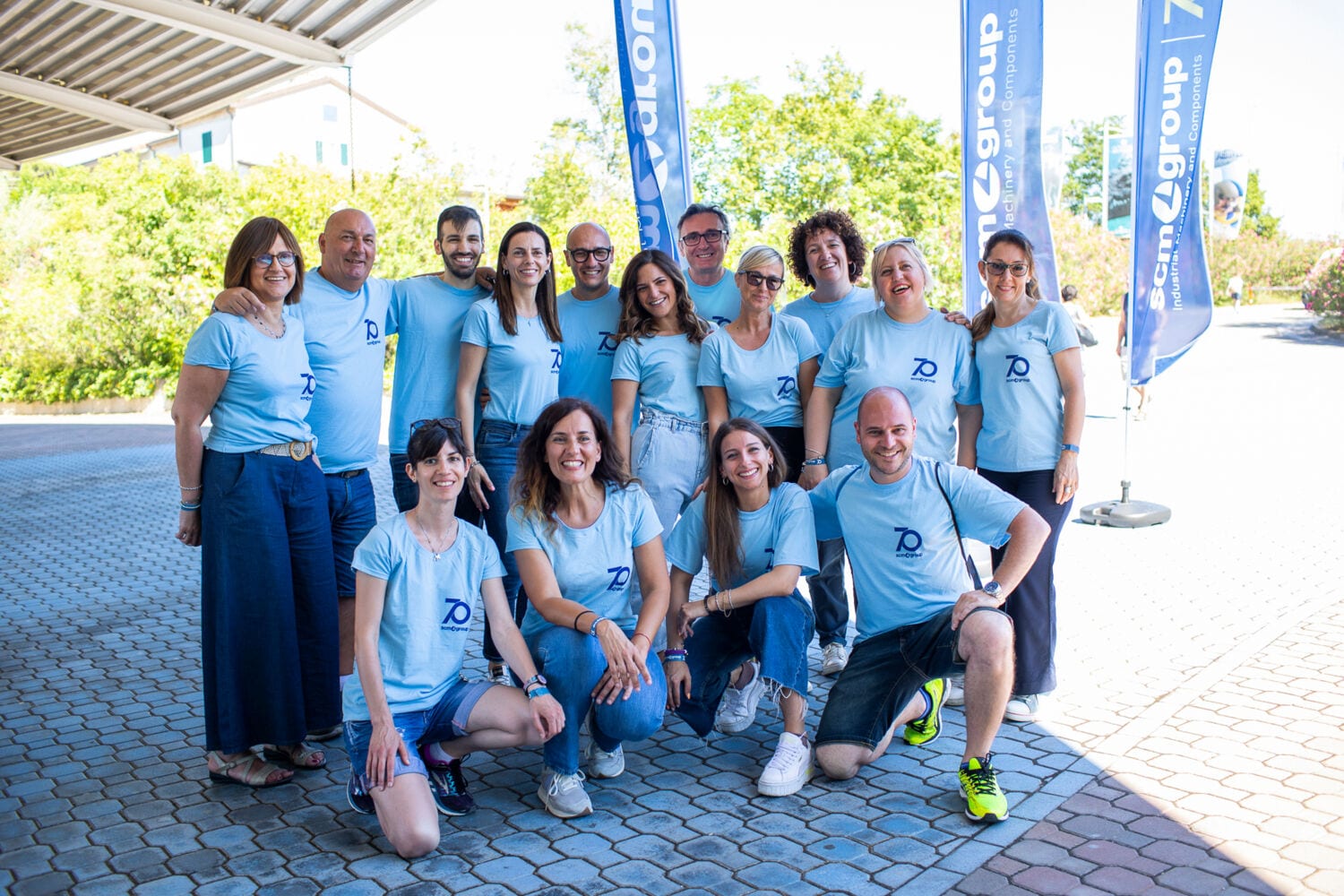