Starting his career working with builders on domestic jobs, Evan Barbaressos found himself wanting to branch out into commercial projects where he could focus on bespoke, quality joinery. From this idea, 4D Joinery was born.

Now trading for 3 years, the company has quickly evolved into a leading supplier of both domestic and commercial architectural joinery projects including designer kitchens, reception counters, wall paneling and banquet seats.

Initially running with a third party provider for their CNC machining, Evan grew frustrated at the delays that came with relying on an outside source. “We would have the flat packs delivered to us and we would then assemble them, but it came with a lot of headaches,” said Evan. “There were often delays and mistakes, which would then lead to more work for us in the factory, and even longer lead times for our clients. I knew we had to bring the whole production process in-house if we wanted to be able to grow and improve our service.”

“When we started researching CNC machining options, we knew that we wanted something that was going to be reliable and able to produce the volume we needed,” says Evan. “Customer service was always a big factor in our decision.”

The 4D Joinery team investigated numerous machines and spoke with colleagues in the industry who were able to give honest feedback about both the machines and the customer service that came with each company.

Choosing a Morbidelli N200 CNC Machining Centre from SCM Group Australia, 4D Joinery have been able to improve efficiency and lead times by 100%. Where it was taking 3-4 weeks for a kitchen to be manufactured and assembled, it now takes 1 week.

Bringing the SCM Morbidelli into the factory has also created potential for further growth for 4D Joinery. “From here we can go anywhere,” said Evan. “We can easily increase capacity and turnover thanks to the Morbidelli. We even have the potential to outsource machining for others.”

“Investing in the Morbidelli N200 with SCM Group Australia is one of the best things we could have ever done,” said Evan. “It’s a big investment but it paid itself off very quickly and the benefits easily outweigh the cost.”

“We got exactly what we expected. The SCM Morbidelil is doing everything and more than we needed it to do. Service from SCM Group Australia has been fantastic. Every box has been ticked.” 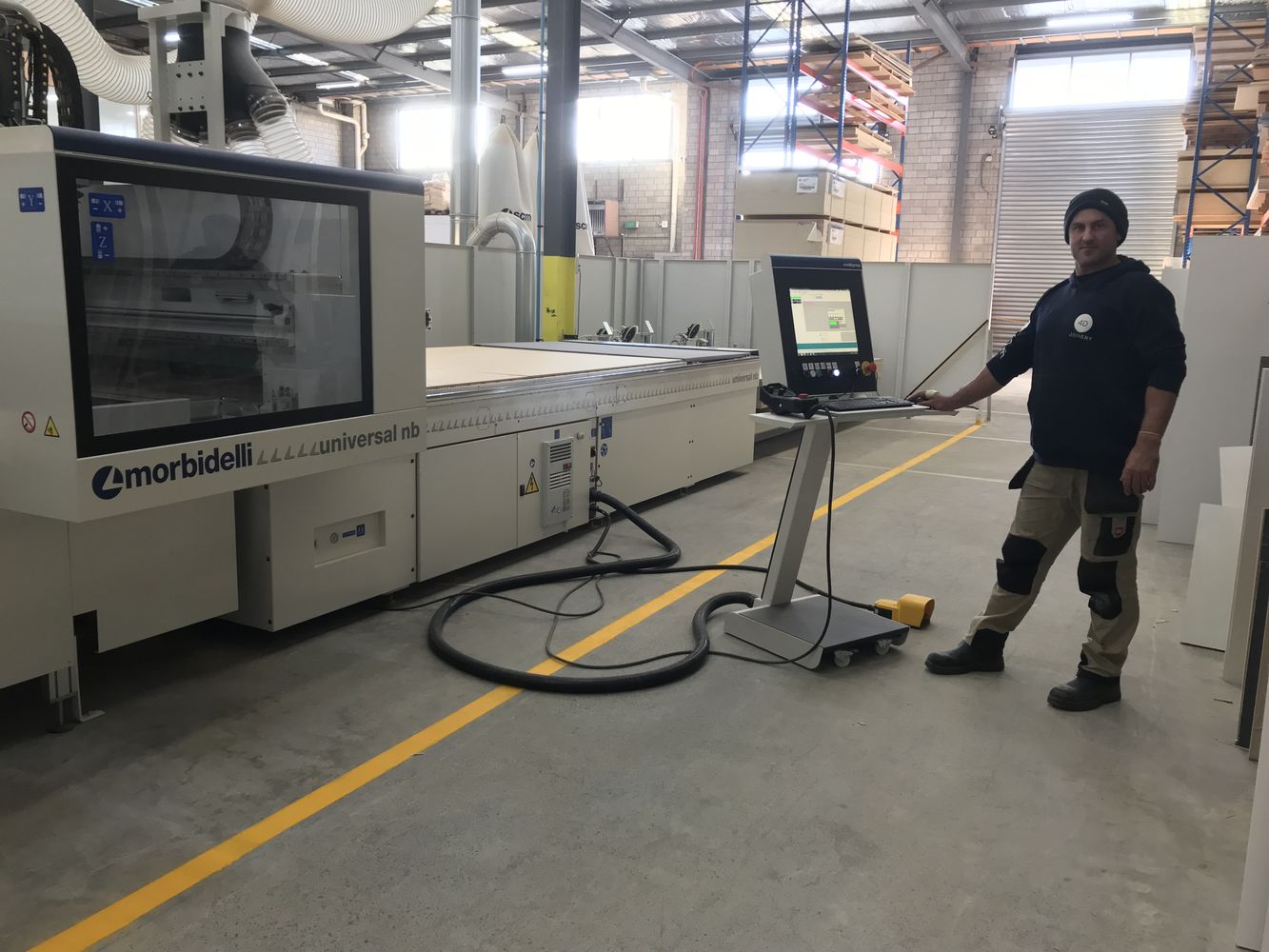