Scm Group is taking part in two major initiatives at the furniture exhibition Salone del Mobile.Milano.
We will attend the Salone Satellite with the “Scm Group Special Award” as part of the 3rd Design Award promoted by Riva 1920, and at the Salone Internazionale del Mobile, in the Acimall exhibition space

The first sees Scm in the display area of Acimall (Hall 18 – Stand D10) taking part for the first time in the international furniture exhibition Salone Internazionale del Mobile, from 12 to 17 April 2016, with the aim of illustrating the contribution of woodworking machines to design, creativity and products “made in Italy”. This space had to include Scm Group, the world’s second biggest player in the sector, amongst the companies present in the display area with video projections and images showing the main applications and references in the furniture sector.

The second initiative sees the Group amongst the sponsors of the 3rd Design Award "Accendi la tua idea" (Light up your idea) promoted by Riva 1920.

During the award ceremony, to be held on 15 April at 5:00 p.m. at the Salone Satellite, Andrea Aureli, Scm Group CEO, will present the “Scm Group Special Award”, selected by Maurizio and Davide Riva for its ability to represent the impressive machining effects obtainable with SCM Group’s advanced numeric control technologies.

In its third year, the contest of ideas - is open to two categories of participants: under and over 26. – The contest is aimed at the design of a new stool or bench made of cedarwood, which will enhance the respective line of Riva 1920 extensive product portfolio.

Once again this year there were an extraordinary number of entries, with more than 1,240 designs received from all over the world.

The competition will have six winners – three for each category – with 6 special awards sponsored by leading companies, including Scm Group. The initiative again sees Scm Group alongside one of the best established and renowned companies in Italian design, Riva 1920, with which it is linked by a historic partnership. In fact, Scm Group supplies its woodworking technologies, including the Routech Chronos HT machining centre with which Riva 1920 produces its iconic designer stools and benches. It is a universal machining centre with 5 interpolating axes, compact but with large machining are 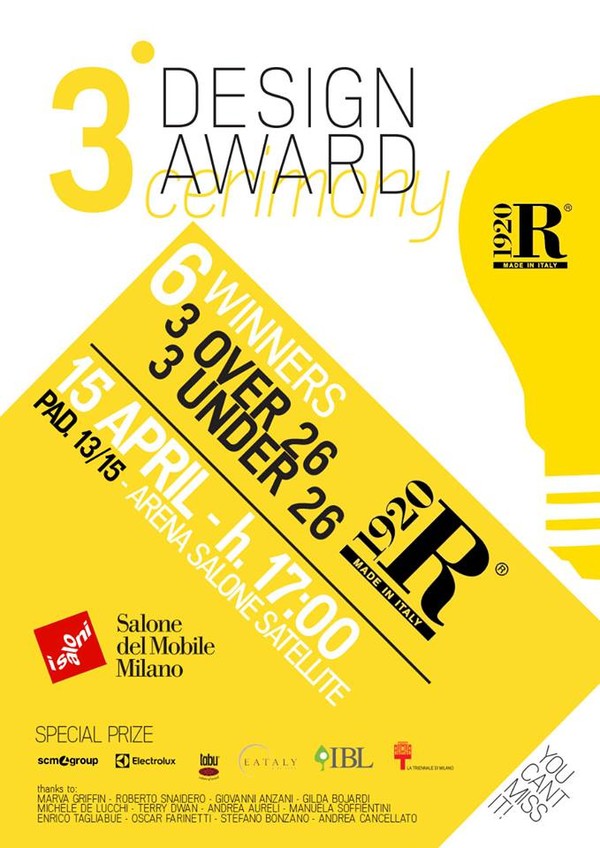